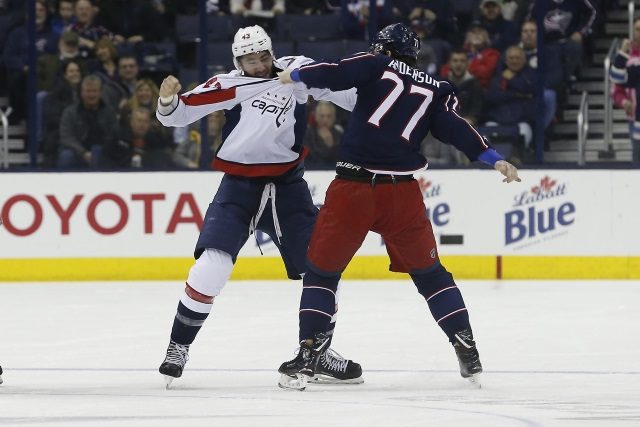 Yiiiiiikes David Backes just got cut by a skate to the face pic.twitter.com/yNHHDdMnGv

Anderson leaves with an upper-body injury

Arthur Staple: The New York Islanders had a day off yesterday so the so status of forwards Cal Clutterbuck and Jordan Eberle should be updated today.