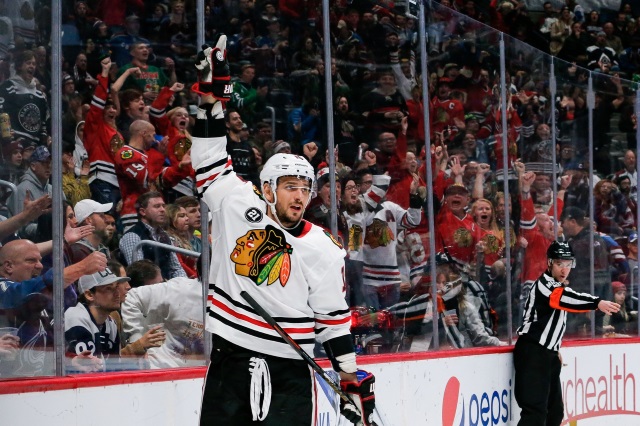 Marisa Ingemi: Boston Bruins GM Don Sweeney: “I never know if we’re automatically going to do anything else. We’ll keep on to make calls.”

Igor Eronko: Spoke with Nikita Gusev’s first coach – who are in regular make contact with with each other – and he thinks that Gusev will sign and be part of the Vegas Golden Knights.

Brian Lawton: (posted yesterday for referring to Tuesday night) “Couple things from late last night. Retain an eye on @NYIslanders impending UFA’s Anders Lee & Brock Nelson. Both players keep on being unsigned & are getting great many years! A lot of golf equipment contacting with interest on both equally! 1 group to watch @mnwild who are looking to shake issues up now.”

Chris Nichols of Nichols on Hockey: Elliotte Friedman on his 31 Thoughts: The Podcast was speaking about the New York York Islanders. He notes that when GM Lou Lamoriello thinks his group is great adequate, he goes for it.

“… I would be astonished if they did not do some thing. I would.”

No rentals for Blackhawks

Chris Nichols of Nichols on Hockey: Bob McKenzie reported on NBCSN that the Chicago Blackhawks will not be supplying up futures for rentals.

“Word out of Chicago is no speedy fixes to try out and drive them around the major,” indicated McKenzie. “That they’re looking at a larger strategy with hockey bargains and not looking at supplying up long run property for the rentals that are out there. So it’s hockey bargains or bust ideal now for the Chicago Blackhawks.”

With the emergence of Dylan Strome since acquiring him, states they could glimpse at relocating centre Artem Anisimov, but his two remaining many years at $4.5 million may possibly not be an quick task.

It appears to be really uncertain that they would now shift defenseman Erik Gustafsson.

Goaltender Corey Crawford appears to be close to returning.

“When he is cleared to come back again into the lineup and play, Collin Delia would very likely go down to the minors, and it would be back again to Corey Crawford and Cam Ward, the goaltenders they planned to start out the time with when all balanced.”